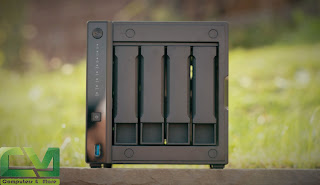 NAS or Network Attached Storage was once a novelty and a piece of tech for only the elite and professionals who could make use of it or needed all that data pool to be shared across various platforms and users at once. But now in 2019 NAS is just another IT component that you can find lying around in most tech savvy or even common households or commercial outlets due to their lowered prices, more feature sets and ease of usage along with the expansion of supportive techs and gadgets like CCTV cameras, powerful handheld devices etc.
But one thing that always remained expensive was the ability to transfer data at high speeds that is at present a 10GbE connection hence restricting most NAS boxes to a 1GbE port and most network adapters having the same. However Asustor, a brand that is a subsidiary of Asus the famous motherboard and graphics card manufacturer, recently brought to the market the Asustor AS4004T 10GbE NAS box which happens to provide the latest and fastest data transfer interface at an affordable price tag making it one of the cheapest NAS with a 10GbE interface. 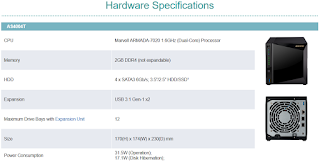 Priced in at around $350 or Rs 67,000 in India the Asustor AS4004T is in the affordable spectrum of NAS boxes that offer a 10GbE connection along with support for four storage drives be it a SSD or a HDD. The way Asustor managed to keep the price in check here is simple, they eliminated add-on features from the AS4004T such as HDMI port making it a consumer focused storage and streaming/backup device rather than a commercial one or something that can act as a stand alone PC. For me this makes perfect sense as even non-commercial applications use high speed data transfer and data storage. Under the hood the device rocks a Marvell ARMADA 7020 dual-core processor running at 1.6GHz with 2GB of DDR4 system memory, all of which is covered under a 3 year warranty period. 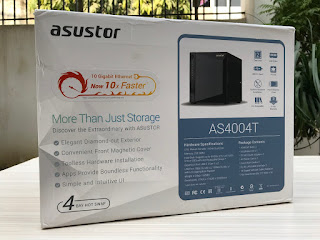 Asustor brings the AS4004T in a big white box which has an industrial and minimalistic approach to the color scheme with white and blue dominating. We get bulletins with the key features enlisted right in the front along with the technical specifications on the other side which is great for a potential buyer. Also the 10GbE feature is greatly highlighted with a ‘Now 10X Faster” slogan. 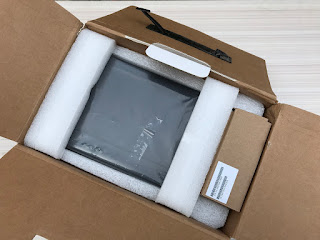 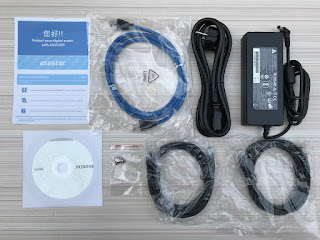 Inside the NAS box is tightly and securely packed and nestled  in thick molded blocks of styrofoam that houses the main unit and a box cardboard box with all the accessories inside. For the accessories or rather essentials we have a multilingual user manual, installation CD, an AC power cord and adapter, two RJ-45 CAT 5e cables, one 10GbE CAT 6a cable and some screws to mount 2.5′ drives in the drive caddies. 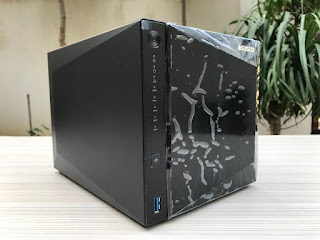 Asustor designed the AS4004T as a plain and simple box with a magnetic face plate which is diamond cut in design and has a glossy finish. It gives it a nice touch that makes it look appealing and even helps to gel in with rest of the interiors and decorations incase one wants to put it right on top of the living room table. In the front you can see that there is the power button on top followed by a row of LEDs that indicate various things such as power on, initialization/drive activity, network activity, USB device activity and then four indicators for each of the four drives. You also get one USB 3.1 port in the front that can be used to connect a flash drive or even USB dongles like a WiFi adapter etc. 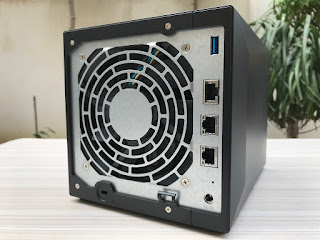 In the back its plain aluminum and houses the enormous 120mm fan that provides this unit and the drives inside ample cooling to stay cool even under load for hours or even days at a stretch. This fan cools the unit thanks to its tunnel like design to which we’ll come later on. Along the right side, we find a USB 3.1 port at the top, followed by a 10 GbE and two 1 GbE ports for network connections. One can also use all three of these ports simultaneously via Link Aggregation in case one doesn’t have a 10GbE port on their switch to still benefit from high speed which in most cases will be more than 1GbE. 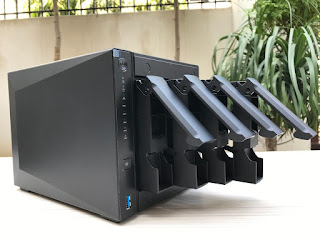 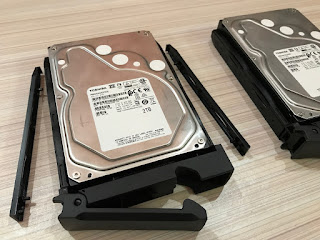 Inside you will find four individual tool less caddies that hold the drives be it a 3.5′ HDD or a 2.5′ SSD. These can be easily pulled out with hands and as the AS4004T supports Hot Swappable technology so it becomes all the way more useful as one can swap out a drive without turning off the device. Installing a HDD is easy and one can just pull out the supports from either sides, slide in the drive and tehn lock it in place with the supports. For a SSD one can use the provided screws and tighten them in to these caddies. 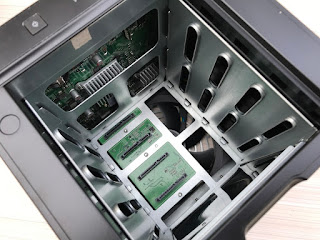 Inside the box with the caddies removed you can see that its like a tunnel design to maximize cooling and minimize the size of the unit itself. The Marvell ARMADA 7020 dual-core processor and the motherboard chipset are placed in the corner with an aluminum fin-stack or heatsink along with the 2GB DDR4 SODIMM which is from Micron. By doing this Asustor has managed to cool the drives and the vital components of the device through one 120mm fan at the back which pushes the cool air through this tunnel like arrangement. 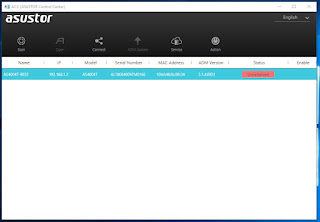 After installing all the drives or drive you want just connect the box using either one of 1GbE ports incase you don’t have a 10GbE switch or use all the three ports to configure them in a Link Aggregation mode. Upon powering on the unit you’ll hear the HDDs making a spinning noise to initialize which takes a round 2-3 minutes upon which you’ll hear a beep that denotes that the unit is ready to be configured. I recommend that you download the Asustor Control Center utility from their official website which upon running will now detect the device and prompt you to click on the uninitialized button that’ll open your default browser and guide you through the setup further on. 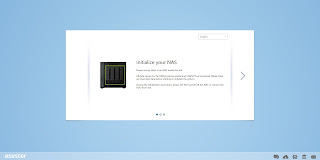 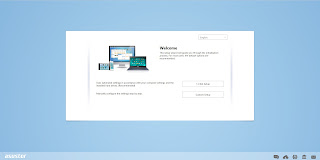 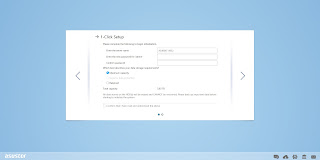 If the unit is online then it’ll first download the latest firmware which Asustor calls ADM and once downloaded and updated the unit will guide you further. Over here you can select all the drives that you want to use & configure then into either RAID 0, RAID 5 or RAID 6. I use RAID 0 here as I require maximum capacity but you can use what suits your use & purpose the best. Also once done you’ll have to enter an Admin name and password for accessing the AS4004T either through the browser or through the mobile app. 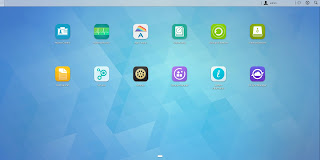 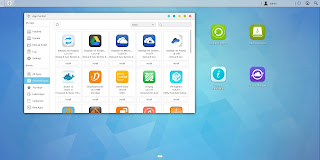 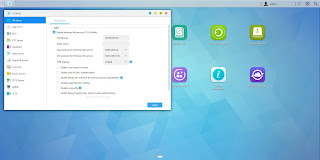 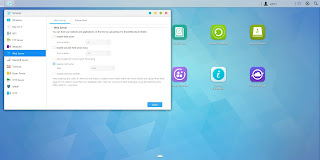 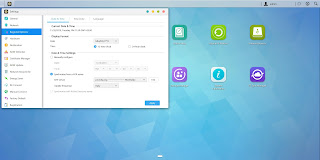 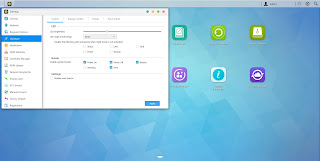 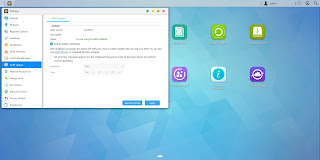 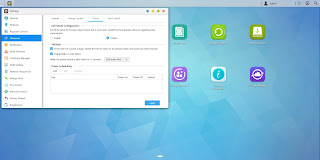 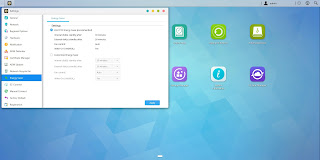 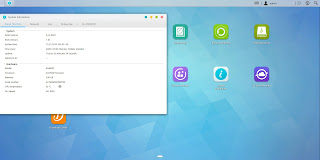 The UI of the Asustor AS4004T is one of the most intuitive and simple I’ve seen in a while with everything laid out neatly and in an easy to understand fashion even for the first time users. In the main interface you can install new apps from the App Central including CMS clients like WordPress and P2P clients like Torrent. One can also use the AS4004T to connect to CCTV cameras, upto 16, and take their live feed through a client app on their handheld devices which is a worthwhile function for many. Monitoring the usage and temperature of the CPU , RAM and the drives is also possible since the other components will be stressed when pushing that 10GbE interface to its limits especially when using SSDs. Power Plans can be managed as per the usage or customized into an entirely new plan. I like how you can even manage the LED brightness incase you keep it on a table top directly where you sit and work. 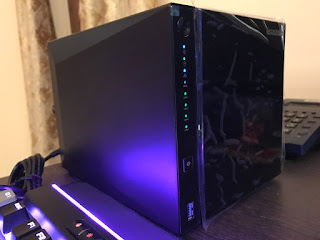 Setting up the Asustor AS4004T was easy and everything went smooth in the setup process. I have used two Toshiba MG04ACA200E 3.5″ 2TB SATA 6Gb/s 7.2K RPM Enterprise Hard Drives that offer 128MB of cache and are ideal for servers and NAS devices. I will be putting these two in RAID 0 and run a series of real world tests that one may encounter in their day to day usage through a 1GbE port on my Asus X370 Crosshair VI motherboard. Over here I have used a cluster of files of various nature to get a more accurate result while for workload Adobe Premier Pro was used. 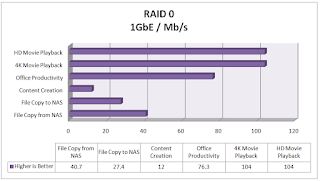 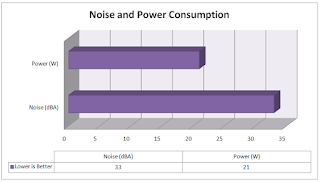 For noise testing the level was measured from a distance of three feet which is ideal even in case one keeps it right next to him on his work table. The device is barely audible even at fan set to Auto and one can only hear the noise of the HDD spinning ever now and then. Power consumption is also minimal and mainly of the HDDs themselves. As for the temperature the HDDs were in the low 30°C mark while the CPU reached a maximum of 55°C, this was recorded after an overnight usage of the box where I had put a few files on download via Torrent and then copied them onto my main system so this should be a real word usage indicative as most people would keep this device running for prolonged period of time.

The 10GbE interface is the future and even if one doesn’t need it now they’ll surely need it tomorrow due to the ever growing usage and falling prices of such switches across the board. Asustor AS4004T comes at a time when it offers almost everything that one would need at a price tag that is much lower than what others come at with the same 10GbE port. Its loaded with features and does the job well in terms of both performance and usability especially with it intuitive yet easy to use UI which even a novice can use.
I love the physical appearance too which is elegant and functional giving it a hassle free appeal. Hot Swappable drives and Link Aggregation is something that many will find useful along with a rich collection of apps either on the store or via installing one’s own APK files. Its one of those products where its hard for me to find any flaw as to be honest there aren’t any especially when looking at the target audience and price tag.

“Asustor has done a brilliant job with the AS4004T, making it an all rounder offering rich features and to the point performance along with a future proof 10GbE interface all at an affordable price tag. A must buy in its price range!” 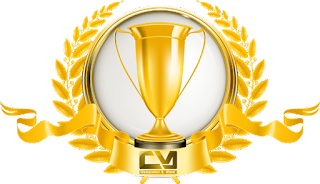